Facebook Twitter Linkedin Instagram
My tenant left her apartment with the stove cooking a pot of grease – and, guess what, the apartment blew up. Calsystem to the rescue. Tony and Gonzalo were just fantastic. They gutted the unit and re-built it in a matter of weeks. Very professional and very good craftsman. I wouldn’t hesitate recommending them to anyone who needs these services. I know there is a lot of restoration companies out there – most franchises. They want to do the easy stuff like clean up after the fire department, (water damage, etc). They don’t want to do the harder work like rebuilding. Calsystem does it all.”
STEVE M.Landlord, Danville, CA 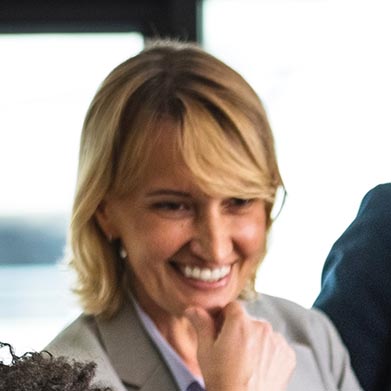 My Insurance Company said they were sending someone out to board up my windows, clean up glass and mop up water. It got to be 10:30pm then 11:30pm, I called them and told them I was getting the company that was boarding up the burned out house next door because by then it was 12 midnight and the people from my insurance had not shown up and I was tired…nerves frazzled. I went next door and asked them to board mine up and put them in touch on phone with my insurance company who took their information so they cold pay them for their services. Tony and his crew came right over and did a superb job. After that, I saw Calsystem Restoration Services restoring the burnt out house and decided to ask them about installing the fencing and doing some other work (replacing two doors – one that leads to under the house and one that encloses the electric/gas meter)) I am extremely pleased to write this letter of recommendation for CALSYSTEM RESTORATION SERVICES for the installation of two sections of fencing. The job was completed timely. And the site was very clean when the crew left the property. Mr. Gonzalez is wonderful to work with and delivered the job as promised. Tony and his crew were awesome; from start to finish the entire project was handled professionally. His installment team was super friendly, quick and best of all, they did a superb job. Look no further; this is the team you want to do your job right, the first time. And the price was better than every other quote. Thank you Tony and everyone at CALSYSTEM RESTORATION SERVICES for the project that I am proud of. The customer service was great and many people (neighbors) have commented on how nice the fence looks. I would not hesitate to recommend them or use them again. From the very first phone call complete professionalism, thorough knowledge, and such care and concern to meet my needs were exhibited. In the past 20+ years of home ownership, I truly have not dealt with a single company that works the way you all do.
BARBARA E.Homeowner, Oakland, CA 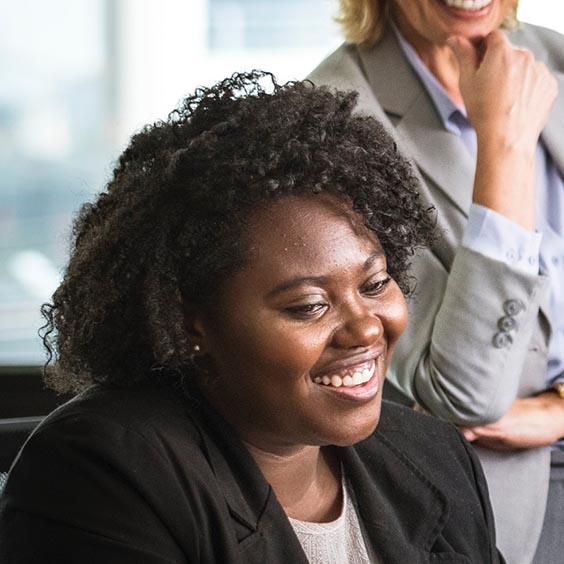 This letter of recommendation is for Calsystem as a general contractor. I had the pleasure of working with Mr. Gonzalez on the restoration of one of our investment Single Family Residence. I can recommend him highly and without reservation. Throughout the course of the restoration, Mr. Gonzalez was a consummate professional. He was accurate in his initial assessment of the scale and cost of our project, which in this case was very critical. He was absolutely clear on the magnitude of the project and had a plan of action very well explained to remedy our situation. He chose and managed the sub-contractors well. Our job was done with care and precision even though it was a very difficult situation because the fire at the house caused a complete mess. He is a gifted consultant and by the way the custom cabinetries he recommended to us were executed lovely. In addition, he is extremely careful and conscience in the workplace. Mr. Gonzalez and his crew never missed any days of work and they got the job done as expected. I think we have a wonderful outcome and someone we can trust for any of our construction needs.
RAYMOND C.Real Estate Broker, Hayward, CA 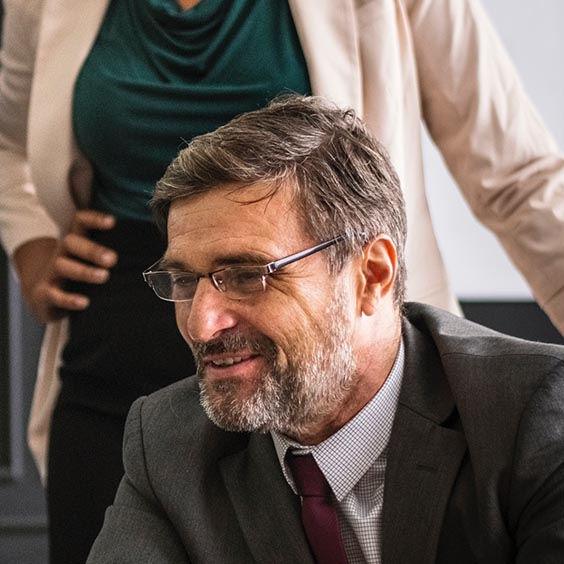 It is my pleasure to write this unsolicited letter of recommendation on behalf of CALSYSTEM. CALSYSTEM was the general contractor for a restoring project on the exterior of my house. I had no prior relationship with Mr. Gonzalez from Calsystem, who was recommended by a friend of mine. The scope of the restoration involved window replacement (22 windows and 3 patio doors), siding replacement (approximately 4000 sq. ft.), replacement of 2 decks along with installation of stainless steel cable railing, and roof replacement (approximately 2400 sq. ft.) for a three level house built in 1978. The project took 8 weeks and involved 4 work crews (carpenters, siding, painters, roofing) plus electrician and structural engineer. While major restoration is inherently stressful for almost any homeowner, Mr. Gonzalez’s services as a general contractor were invaluable, and I am extremely pleased with the final result. Specifically, I would give Mr. Gonzalez top marks in the following areas: 1. Quality of work performed. The quality of work done was consistently top notch. Mr. Gonzalez used subcontractors who were knowledgeable, skilled, and competent in their respective trades. They were conscientious about following project specifications, and their work product rarely needed improvement or revision. 2. Quality of work crews. Other than one relatively minor exception, which Mr. Gonzalez promptly addressed once I brought it to his attention, the workmen whom Mr. Gonzalez utilized were professional, reliable, courteous, and respectful of the homeowner’s property and privacy. They had an old school work ethic, good work habits, strong safety orientation, and emphasized getting the job done right rather than doing it fast. Their pride in their work was evident. They tidied up at the end of each workday. 3. Project management and coordination. Mr. Gonzalez’s prior experience working in construction really paid off. He was knowledgeable about all aspects of our project, and was able to plan, coordinate and manage the activities of different work crews effectively. He remained closely involved in overseeing the project from start to finish. His excellent attention to detail, strong organizational skills and commitment to follow-through are assets, which enabled him to juggle the extensive details involved in our project without missing a beat. Mr. Gonzalez’s familiarity with building codes and dealing with city hall also facilitated a smooth and hassle-free process when it came to building permits and inspection. 4. Integrity and professionalism. Throughout the project, I was impressed with Mr. Gonzalez’s commitment to generating a top quality product, rather than maximizing his profit margin. When situations arose where extra work needed to be done (because of hidden problems that were not apparent until work on the house had commenced), Mr. Gonzalez either (if it was relatively minor) took care of it without charging me extra, or (if it was more extensive) involved me in an informed decision making process that culminated in a change order which was fair. 5. Effective communication. Mr. Gonzalez kept me closely informed of work crew schedules, delivery dates, and projected completion dates of different phases of our project. His communication (whether by cell phone or email) was always clear, informative, and helpful. He was either available on his cell phone, or returned my phone call within 2-3 hours. We never had a single miscommunication throughout the 2-month project. His communication with the work crews was just as effective. 6. Flexibility and effectiveness in dealing with unexpected developments. When unforeseen problems surfaced (e.g., water damage behind a wall, structural problems with the existing cantilevered joists for an upper deck), Bob worked diligently with me to identify a solution that was acceptable to me. He utilized resources effectively (e.g., enlisting the services of a structural engineer in a limited fashion) and creatively (e.g., identifying a special type of edge vent for my roof that had minimal overhang), and directed the work crew to make changes necessary for implementing the solution. 7. Responsiveness to homeowner’s needs and concerns. Mr. Gonzalez’s commitment to homeowner satisfaction was evident in his actions. On the few occasions when I brought a request or concern to his attention (e.g., when I wanted the roofing done before all of the exterior painting was completed), he listened attentively, and always took appropriate action that demonstrated responsiveness to my needs or concerns. When the painting crew fell behind of schedule, Bob showed up on a Saturday and helped with the exterior painting. His service orientation is truly described by the motto: “The homeowner’s needs come first.” 8. Value. I had solicited three bids for my restoration project. Although Mr. Gonzalez’s bid was not the lowest, I am absolutely convinced that he delivered the best value (in terms of the work done) for the price. 9. Sensitivity to worksite appearance and neighbor relations. Our project required a huge dumpster and a portable toilet (for the work crew), and there was very limited parking. Mr. Gonzalez placement of the dumpster, portable toilet, and construction materials was based not solely on function and convenience, but showed a consideration for the aesthetics of the worksite. The work crew parked their vehicles in ways that were minimally disruptive to the neighborhood traffic, and their conduct never caused any discomfort to our neighbors. In the two months during this project, there was not one single neighbor complaint! Instead, three different neighbors passed on compliments about the work crews (e.g., “those guys really work hard”). In closing, I am very pleased with the final product, which Mr. Gonzalez was instrumental in delivering, and I am extremely impressed with his work as a Restoration Company. In a world where shoddy workmanship and poor service are unfortunately all too common, Mr. Gonzalez is indeed a rare find. I have been a homeowner for over 30 years, and I took this unprecedented step of writing an unsolicited letter of recommendation for him because I believe that exceptional work should be recognized. I would not hesitate to hire Mr. Gonzalez again, or to recommend him to my friends and neighbors. I recommend CALSYSTEM to you most enthusiastically, and without any reservations.
MRS. RYANHomeowner, San Leandro, CA 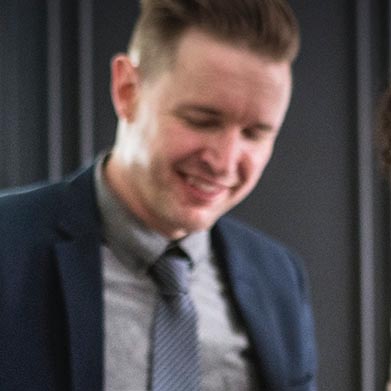 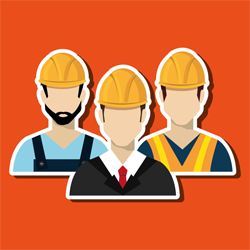 Some of our Benefits